The True Cost of an Eviction

The tenant screening process is your first and most important line of defense against the consequences of moving in the wrong tenants. With the uptick in eviction activity, proper screening can save you a significant amount of time and money down the road.

In addition to the increase in the number of evictions, more and more of those evictions are going to trial.  Stephen Duringer, Esq., founder of the Duringer Law Group, one of the largest landlord tenant firms in California, specializing in tenant eviction advises his clients to screen prospective residents thoroughly, it is more important now than ever.  His firm handles hundreds of evictions each month, including dozens of jury trials weekly, a marked increase over past years.

“Now you have to screen like crazy, there is no excuse for taking shortcuts in screening. There’s a movement to restrict landlords from criminal background checks,” said Duringer. “Landlords need to know who they’re putting in their building. This is a duty to not only themselves but their neighbors.”

While it is difficult to pinpoint just how much an eviction would cost, there are trends providing insights to the financial burden and amount of time it takes to complete the process.

According to Duringer, half of all evictions are uncontested and can usually be completed within 21 days for under $750. This is the best case scenario for landlords and property managers, should the eviction go uncontested.

The best-case scenario however, is often not what is to be expected. Approximately one-third of all eviction cases are contested and can cost about $1,200 and can typically be completed in six weeks or less. This typically occurs when the residents answer the complaint, the case goes to court and a court trial is heard by a judge, according to Duringer.

With state programs available such as the Shriver Act, providing free legal advice and free representation to renters going through an eviction in certain courts in the state of California, an otherwise relatively simple eviction can become more complex.  Discovery, motions, and jury trial demands are all too common, resulting in increased costs, added drama, court delays and further delays re-renting the property.

Also consider that lost rent continues to accrue during the legal dispute which only adds to the final price tag of the eviction.

The remaining, a small percentage of eviction cases are the nightmare scenarios for landlords and property managers.  These typically involve Federal court motions, discovery, depositions, motions, one or several bankruptcies, jury demands, etc.  These situations can drag on for several months and in rare situations, attorney fees and costs can exceed $5,000, sometimes much more.

“In those cases you see a lot of games and discovery, which is what makes it expensive,” said Duringer. “Depositions, Federal court litigation, discovery, demands for jury trial or bankruptcies are the latest games being played.  Increasingly, tenants are filing motions to transfer the state cases to Federal Court. These however, are pretty much isolated, and relatively easy to overcome, however they can get expensive.”

While these scenarios are relatively rare, in the event of a situation where you have property damage or an ongoing legal battle – it can cause additional strain and stress by preventing you from re-renting the property. Excessive damage, for example can run into the thousands of dollars to repair and require months of labor before the vacancy is ready for the next renters.

More than the potential damage to the property and your wallet however, is the harm to your reputation. Should the presence of a Sheriff be required to handle an Unlawful Detainer situation or if word spreads throughout the neighborhood or community about the situation – it can have negative consequences for the reputation you have worked so hard to build and protect.

Remember, not all tenant screening is created equal. Stop the eviction before moving the wrong tenants in. To learn more about CIC’s comprehensive screening solutions, visit www.cicreports.com today! 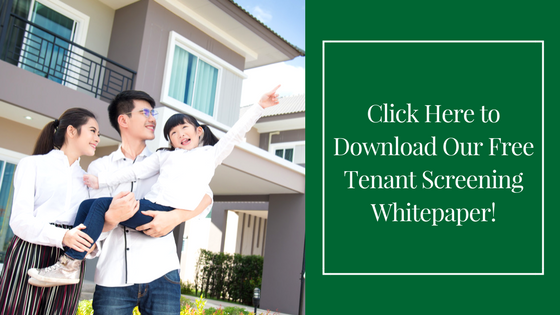 My past, present, and future have me perpetually building experience with increasing complexity in logistical management (eg. trade show/event planning and; execution), developing S.M.A.R.T. programs with an eye for remaining specific and measurable throughout, recognizing the importance of not providing only three examples to demonstrate a point, and remembering to always put my most compelling messages at the beginning of the content.

This website uses cookies to improve your experience while you navigate through the website. Out of these, the cookies that are categorized as necessary are stored on your browser as they are essential for the working of basic functionalities of the website. We also use third-party cookies that help us analyze and understand how you use this website. These cookies will be stored in your browser only with your consent. You also have the option to opt-out of these cookies. But opting out of some of these cookies may affect your browsing experience.
Necessary Always Enabled

Any cookies that may not be particularly necessary for the website to function and is used specifically to collect user personal data via analytics, ads, other embedded contents are termed as non-necessary cookies. It is mandatory to procure user consent prior to running these cookies on your website.